This special issue of the Journal of Time Series Analysis is dedicated to the memory of Murray Rosenblatt (1926–2019). Murray, of course, was one of the giants in time series analysis who made fundamental and lasting contributions to the subject. His 1957 book Statistical Analysis of Stationary Time Series with Ulf Grenander became the standard reference in the subject for nearly three decades. It still contains many gems and continues to be a useful historical reference.

Notably, Murrray’s research contributions went beyond time series analysis, and include fundamental work that spans both probability and statistics. It is not possible here to begin to do justice to all of the contributions that he made to those fields. Murray was highly recognized for his research. He was a Fellow of the American Mathematical Society (AMS), a Fellow of the Institute of Mathematical Statistics (IMS), and a Fellow of the Society for Industrial and Applied Mathematics (SIAM). He was awarded a Guggenheim Fellowship in 1964 and 1972. He delivered the IMS Wald Lectures in 1970 and was elected to the National Academy of Sciences in 1984.

During his career, Murray published five books and more than 150 papers. A selection of about 35 of his most influential papers were reprinted in Davis et al. (2011). Furthermore, several of his papers became starting points for lines of research that remain active to this day. Murray passed away on 9 October 2019. His wife Ady preceded him in death 10 years earlier, in 2009, after a courageous fight with cancer. They are survived by their two children: Karin and Daniel.

For the Murray Rosenblatt Memorial special issue of JTSA, a number of notable time series researchers have agreed to contribute their work as a tribute to one of the giants of our field. The topics span classical results with a modern twist, such as autoregressive approximations of nonlinear processes, but also uniquely 21st century subject material, such as sparsity and high-dimensional models. We are hoping that the readers will appreciate the influence of Murray’s work on the papers of this special issue, and on Time Series Analysis in general. 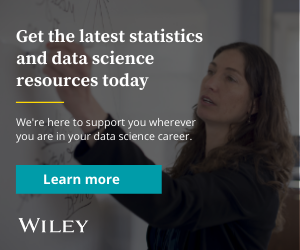